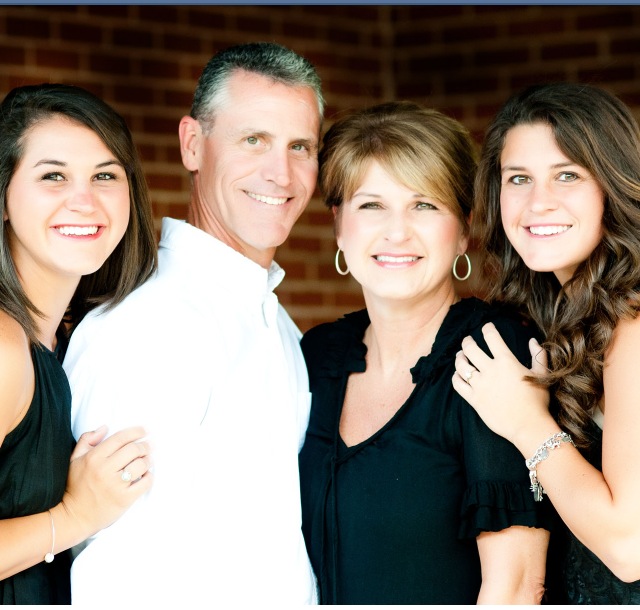 FLORENCE, Ala. - This week parents across the country will pack up trucks and mini-vans to the brim with shower shoes, desks, TV's and anything else young college students might need for their first year of college. Along the way, they'll recount first days of school, fieldtrips, football games and proms, and wonder where the time went. Some may even remember back to when they first visited their alma mater's campus ready to take on the world and how this present day seemed like it would never come all those years ago.

For Deana and Tim Olinger this should be old hat by now. They've already had one child leave the nest and now the baby of the family, Mollie, is set to move to UNA this week to begin her journey as well. But even though they've done it before, it's a unique experience to each child.

Deana said that when her oldest, Libby Ann, went off to school two years ago it was different because she was on an athletic scholarship. She attended Wallace State for two years, but a Phi Theta Kappa scholarship and opportunity to play softball at UNA lured her to Florence. After a successful year at UNA both on the field and academically, Libby earned first-team All-Gulf South Conference and first-team All-Region.

Deana said that the first-year experience for Libby at UNA was so positive that when Mollie chose to follow her big sister to UNA, Deana knew she would have the same great experience. "For us, UNA is far enough away to be away but not too far that we can't see them once a week if we want to go visit. We feel Florence is a wonderful and safe community and has many activities that they can enjoy."

Even though the Olingers love UNA and already have one attending, Deana said she still has concerns like any other parent. "The hardest part about sending your child off to school is hoping that the many years you'vespentharping on making good choices and beingresponsible students willpay off when you are not around. We pray for them every day and want them to be good examples as Christians andgive their bestin everyendeavor they undertake."

So what's the easiest thing about sending your child off to school? Deana jokingly said it's the lack of stuff laying all over the house and not having to hear two girls fight over clothes and shoes. But seriously, Deana said that "sending your second one off may be actually be a little easier in some ways than sending the first one because you know a little more what to expect and what they may need help with." But as a parent, she said you have to stay involved. "While both girls are pretty responsible it never hurts to stay on top of their grades, what courses they're taking and how they manage their/our money."

Deana said Mollie plans on getting involved early; she has already applied for Freshman Forum and she's looking to join a sorority. Mollie also wants to find a part-time job to help offset some of her expenses. Deana said both she and her husband want Mollie to get involved with the Christian Student Center as well. "We feel by being actively involved she will get so much more out of her college experience. It will also help the development of friendships that will last a lifetime."

It also doesn't hurt to have a sibling on campus; Deana said Mollie has already been telling Libby Ann she is going to have to help her. "It's nice to know they are both in the same place and can watch out for each other."

And it just so happens UNA is somewhat of a family affair; Mollie and Libby's grandfather and grandmother both attended the University of North Alabama. Their grandmother has since passed, but their grandfather, Gerald Marks, is extremely excited about his granddaughters attending his alma mater.