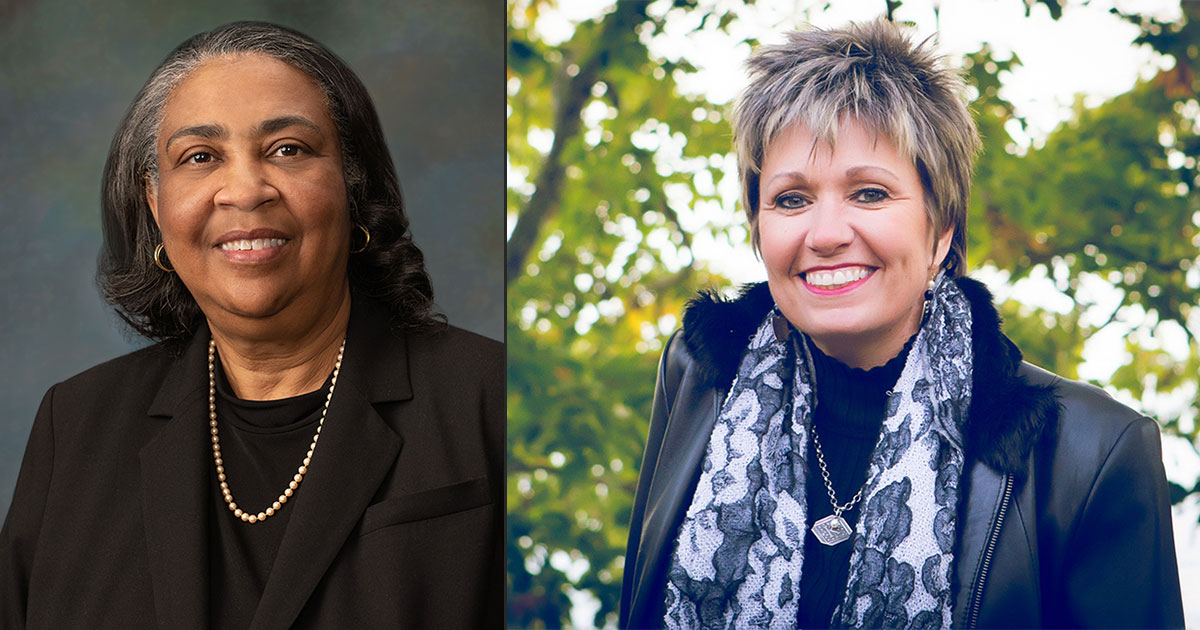 FLORENCE, AL – Fall commencement at the University of North Alabama is scheduled for Friday, Dec. 10 and Saturday, Dec. 11, with Secretary of the U.S. Senate Sonceria “Ann” Berry ’78 and Dr. Kimberly A. Greenway ’91, Vice President of Student Affairs, serving as the guest speakers for the ceremonies which will take place in Norton Auditorium.

“I’ve always loved UNA,” said Berry, who was sworn in as just the eighth female Secretary of the Senate and the first African-American woman to have the position. “From the summers I spent with my aunt and uncle in Florence, I knew that UNA was where I wanted to go to college. While I chose UNA because of its academics, student life, and beautiful campus, as I have grown older, I have come to appreciate even more the leading role UNA played in offering women greater educational opportunities.”

After completing her Bachelor of Science in Education, Berry moved to Washington, D.C., where she began her career in the Senate. In 1979, she accepted a position as an aide in the Office of Alabama Sen. Howell Heflin. Berry went on to serve in various roles for a number of years before her current appointment as 34th Secretary of the Senate. She credits that early decision to move to D.C. to then-UNA President Dr. Robert Guillot, who sought Berry out and convinced her there was an opportunity there for her.

“I cannot express what an honor it is for me to speak at UNA’s commencement ceremonies this year,” Greenway said. “UNA has afforded me the opportunity to serve students for over 30 years. I look forward to this new opportunity to speak to our graduates in hopes of encouraging them on the next step of their journey.”

Berry and Greenway were selected as part of the Year of the UNA Woman, the 150th anniversary of admitting women to the university, making it the first in the southeast to do so. The decision in 1872 paved the way for the leaders, trailblazers, and legends who would follow in the footsteps of the first three women to enroll.

Greenway received her Bachelor of Science in Education at UNA. She has worked at UNA in various full-time positions since 1993. Now, in her role as Vice President of Student Affairs, she oversees co-curricular areas that engage students outside the classroom as well as in areas that provide safety, well-being, and overall student success.

Greenway was also the chair of the University’s COVID-19 Recovery Task Force, the team charged with making recommendations to University administration regarding the ongoing response to the pandemic. In addition to her work at UNA, she is a Senior Affiliate at Credo Higher Education, where she consults on projects for student success, research, and master planning on campuses across the U.S.

The University livestreams all commencement ceremonies; they can be accessed at youtube.com/unaroarlions.