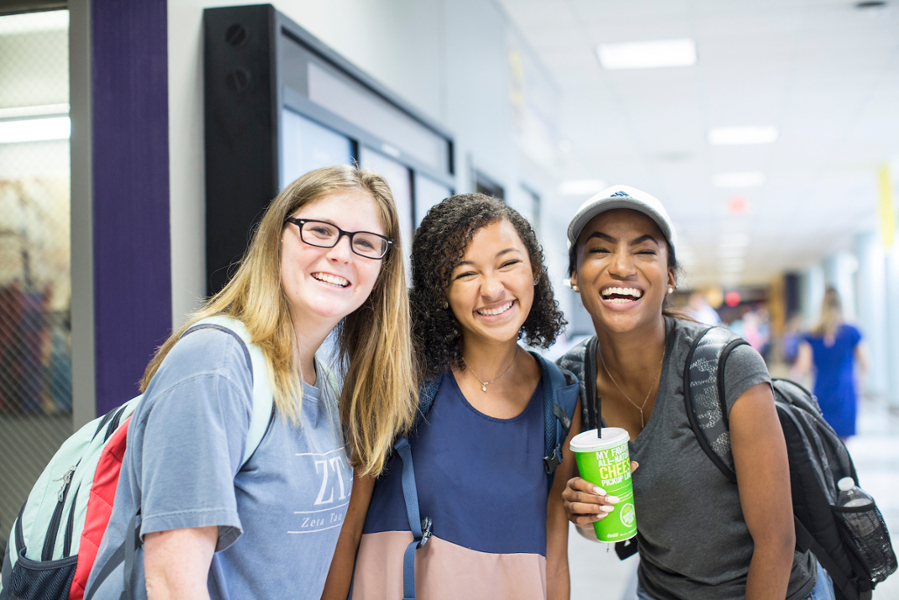 FLORENCE, AL - When she thinks back on her years as an undergraduate at the University of North Alabama, Ann Berry can pinpoint the moment that changed her life. An on-campus dinner with then-UNA President Dr. Robert Guillot and U.S. Sen. Howell Heflin and a phone call later, Berry, who graduated in 1978, would be on staff with Sen. Heflin for the remainder of his career. Those early years are among what led to her appointment in March as the first African-American Secretary of the Senate and only the eighth woman to serve in that role.

Berry is among the women who will be celebrated throughout the next 14 months as part of the Year of the UNA Woman. In 1872, the State Normal School at Florence, now the University of North Alabama, opened its doors to women - making Alabama's oldest four-year university the first state-supported co-educational institution in the southeast. One hundred and fifty years later, we proudly observe this sesquicentennial, the Year of the UNA Woman.

"It is wonderful for UNA to celebrate 150 years of admitting women to the University," Berry said. "Our successes as women represent a powerful array of accomplishments, and we must remain committed to opening doors for others. I'm proud to be a product of one of the best universities in the State of Alabama."

The Year of the UNA Woman launched June 1 with a website - www.una.edu/unawoman. The UNA Magazine, which was produced entirely by women, kicks off the year with articles detailing UNA's history of women on campus as well as with upcoming events in celebration of the Year of the UNA Woman. Further, the University brand has been updated to include Una, the beloved lioness who passed in 2020.

"As a campus community, this anniversary is a significant reminder of UNA's history of firsts, from our opening in 1830 as Alabama's first public four-year institution on LaGrange Mountain in Colbert County to our admittance of women in 1872," said Dr. Ken Kitts, UNA President. "Both as students and among our faculty and staff, women like Ann Berry and others have and continue to be vital to the ongoing success of UNA. I have no doubt this legacy will endure as we look ahead to the University's bicentennial and the years beyond."

In preparation for the launch of the Year of the UNA Woman, a task force of more than two dozen campus and community members was convened in late 2020. In addition to planning events, the group is also coordinating a hardcover book and producing podcasts, both of which are designed to archive and commemorate this sesquicentennial anniversary.

"I am so proud of the work of the task force in guiding the Year of the UNA Woman," said Dr. Ross Alexander, Provost and Executive Vice President for Academic Affairs. "We are pleased to be able to celebrate the contributions of women to this great institution, and we invite the community to participate alongside us."

Even those who live out of town can participate by shopping in the online store available on the website. UNA collaborated with Huntsville-based Holtz Leather to provide branded items in signature purple and gold leather. UNA's Homecoming will also feature all women alumnae award winners, and the half-time performance by the Marching Pride of North Alabama will feature all female artists.

"This is an exciting and important anniversary for the University of North Alabama," said Dr. Jeffrey Bibbee and Michelle Eubanks, co-chairs of the Year of the UNA Woman Task Force appointed by President Kitts. "Women have long been trailblazers at the institution, and we will celebrate their contributions throughout UNA's history in the months ahead. This sesquicentennial is an opportunity for the University to firmly and unequivocally take its place in Alabama and the region for its progressive and inclusive history."