Daytime screenings Thursday will include Alabama films, with an entire block devoted to UNA film student projects. Thursday night will feature finalists from the Professional Documentary Category. The festival will host the annual Kick-Off Party at 6 p.m., at the Keystone Building Gallery, at 623 S. Seminary St., Florence.

In addition to screenings, Friday's events include a panel, Actors who Direct/Directors who Act, with guest filmmakers Elizabeth Brissenden, Frank Mosley, and Arron Shiver.

On Saturday, the festival will host a presentation by Hollywood Special Effects coordinator Joe Pancake, who will focus on creating explosive and pyrotechnic effects in film and television. Also on Saturday, this year's winning screenplays will be presented with a table read. The festival will conclude with the annual Awards Show at 6:30 p.m., Saturday at The Mane Room, at 310 N. Pine St., Florence.

This year's films include category finalists from across the U.S., as well as Poland. In addition to the category finalists, 42 films shot in Alabama, both narratives and documentary films, were submitted for consideration, and all will screened at the Lindsey Film Festival. Winners in each category will receive an award, and the film selected as the "best in Alabama" will receive the Clyde "Sappo" Black Sweet Home Alabama Award.

A full schedule of this year's screenings and other event information is available atwww.lindseyfilmfest.com 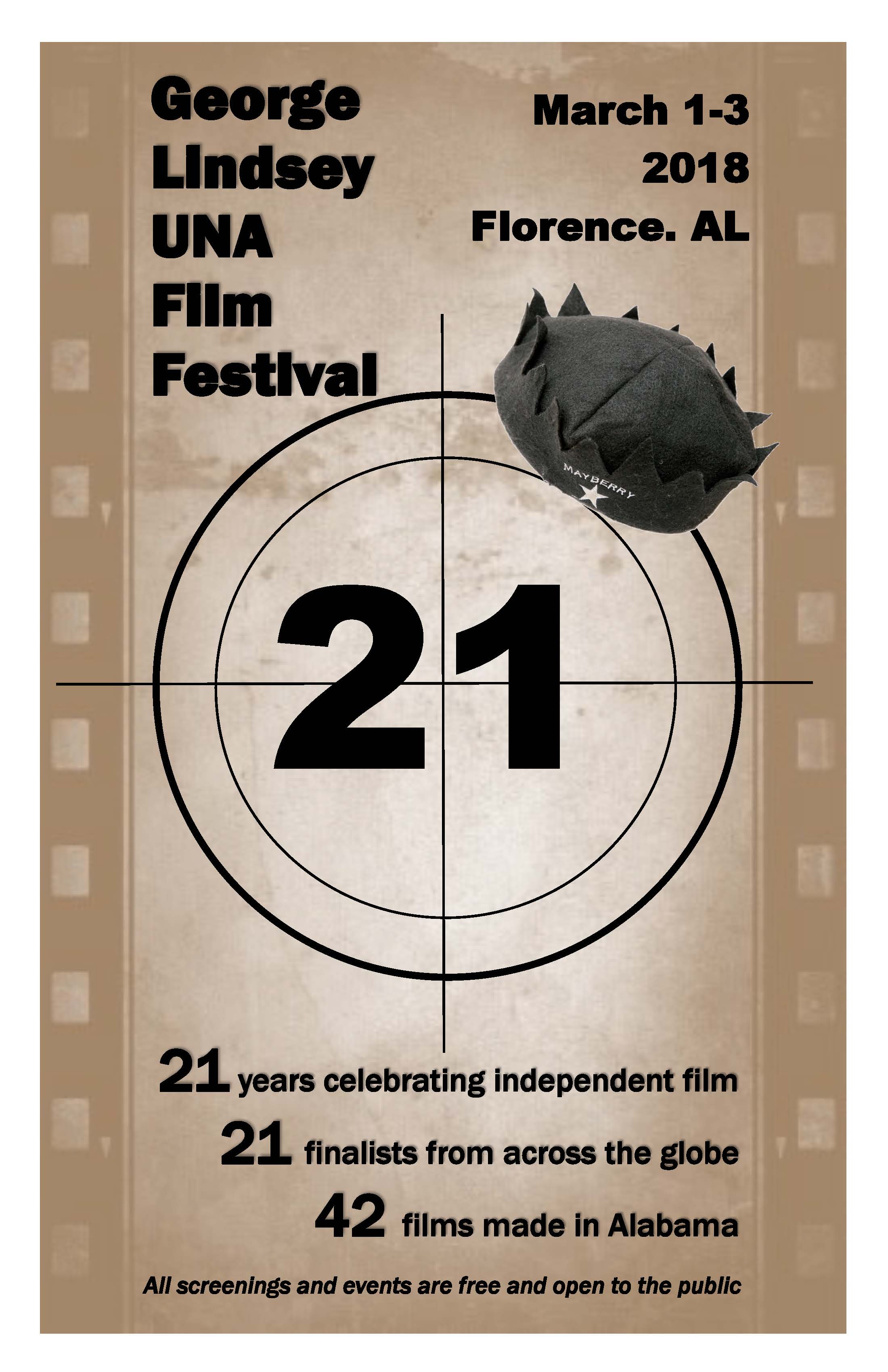 The George Lindsey UNA Film Festival is one of few film festivals hosted by a university. The event was founded in 1998 by UNA alumnus and celebrated actor and entertainer, the late George Lindsey. Lindsey's own film career included several important roles, most famously the character Goober Pyle on "The Andy Griffith Show."

The University of North Alabama is an accredited, comprehensive regional state university offering undergraduate and graduate degree programsthrough the colleges of Arts and Sciences, Business,Education and Human Sciences, and the Anderson College of Nursing.Occupying a 130-acre campus in a residential section of Florence, Alabama, UNA is located within a four-city area that also includes Tuscumbia, Sheffield and Muscle Shoals. UNA also operates arenownedcollegiate athletic program in NCAA Division II's Gulf South Conference.The University of North Alabama is an equal opportunity institution and does not discriminate in the admission policy on the basis of race, color, sex, religion, disability, age or national origin.