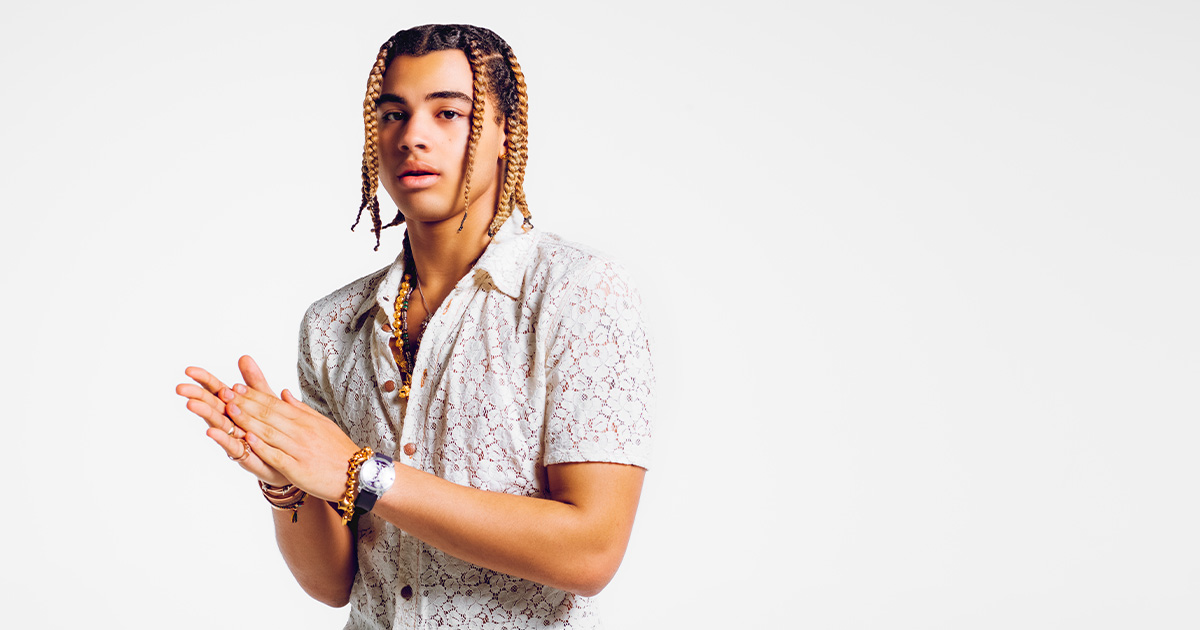 FLORENCE, AL – Three-time platinum artist and global phenomenon 24kGoldn will be the featured performer at the University of North Alabama Spring Concert, scheduled for April 14 at Flowers Hall. Doors will open at 7 p.m., and the show is set to begin at 8 p.m. The concert is sponsored by the University Program Council at UNA.

“After two years of anticipation to attend one of UNA’s staple campus activities, Spring Concert, I will finally have the chance this year with 24kGoldn,” said Keelyn Sealy, the University Program Council Welcome Warrior. “Our Council has been hard at work planning and promoting this year’s Spring Concert. I have enjoyed getting to see the behind-the-scenes work of such a large-scale event. It will be so exciting to see all of our plant come to fruition with 24kGoldn performing.”

24kGoldn, a 21-year-old artist from San Francisco, has been experiencing success since his platinum debut single “Valentino” in 2019. With more than 400 million global streams and having performed on “The Tonight Show Starring Jimmy Fallon,” “The Ellen DeGeneres Show,” “Jimmy Kimmel Live!,” “New Year’s Rockin’ Eve,” the American Music Awards, and MTV, Goldn has continued to rise to the occasion. With his debut album, “El Dorado,” which has the single “Mood” and features Iaan Dior, Goldn was able to break the record for most spun song in a seven-day period. In the meantime, he has continued to accumulate fans worldwide.

The Spring Concert has long been a tradition for UPC at UNA, but the pandemic has put this event on hold for a couple of years.

“When the pandemic caused us to cancel events, especially large-scale events like the concert, students have been looking to reconnect in fun and exciting ways,” said Becca Bush, Coordinator of Student Activities at UNA. “The concert is one of many ways for them to do that.”

Each year, UPC polls students to determine what genres they have an interest in and in order to find an artist whose schedule matches with the date for the Spring Concert. The event is also a nod to the Shoals’ rich musical history and how the campus has played host to a wide and variety of talented musicians since the tradition began in 1968.

“All you have to do is looks over old Dioramas dating back to the 1960s to read about and see some of the great musicians who have graced our campus,” Bush said. “Over the years, and as industry costs have increased, UPC has had to change the pace and offer a single large-scale concert each year, which we refer to as the Spring Concert.”

Throughout the years, the Spring Concert has featured The Eagles, Billy Joel, Jimmy Buffet, Chicago, Dolly Parton, Kool and the Gang, and Parliament Funkadelic.

Tickets for the 2022 Spring Concert are available now and are free to UNA students and $48 for others. Tickets are available at this link.