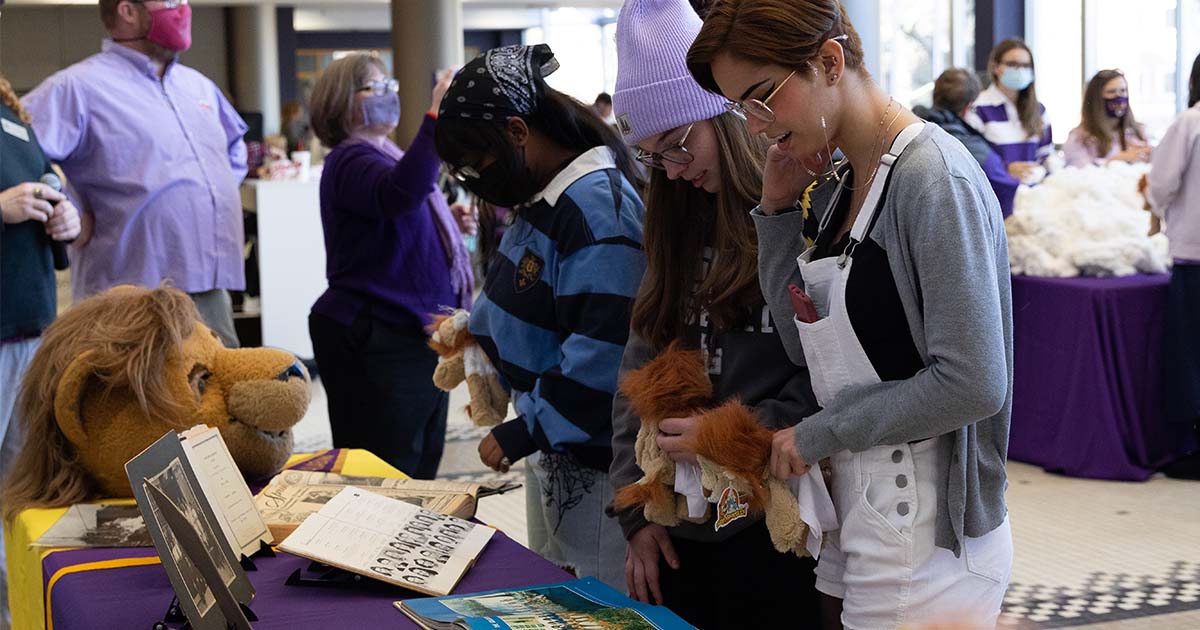 FLORENCE, AL – Today, January 11, is Founders’ Day at the University of North Alabama, a day dedicated to the institution’s founding in Colbert County in 1830 and solidifying UNA’s place as Alabama’s oldest four-year, state-chartered university. This year’s Founders’ Day was marked with an event for students as well as a mural unveiling that took place in Collier Library in honor of the ongoing Year of the UNA Woman.

“It is fitting that our Founders’ Day takes place at the start of a new year, the start of a new semester,” said UNA President Dr. Ken Kitts. “It provides an opportunity to reflect on that long and storied 192-year history, and it also points us forward toward the coming year and all of those that are to come. UNA is growing, thriving, and there is much to celebrate as we look ahead.”

As part of the Founders’ Day events, students had the opportunity to stuff-a-lion in the atrium of the Guillot University Center. Fuzzy lion bodies were filled with stuffing and donned in UNA attire. Along with the hands-on activity, students had an opportunity to peruse some historical information on the University in order to learn more about campus life in its earliest incarnations.

Collier Library was the location for a mural unveiling. Members of the campus community were on hand to unveil the mural dedicated to 150 years of admitting women to campus, the year-long celebration known as the Year of the UNA Woman. The mural is the result of collaborative efforts between Dr. Brian Dempsey, of the Department of History, and Ms. Chiong-Yiao Chen, of Visual Arts and Design. It tells the story of women on campus through the decades.

“UNA’s history is made richer by the inclusion of women in 1872,” said Dr. Dempsey. “Three women – Edith Mary, and Susie – paved the way for all of the women who would follow in their footsteps. This mural tells that story so that today’s students can appreciate exactly why that history matters and how it has affected them all these years later.”