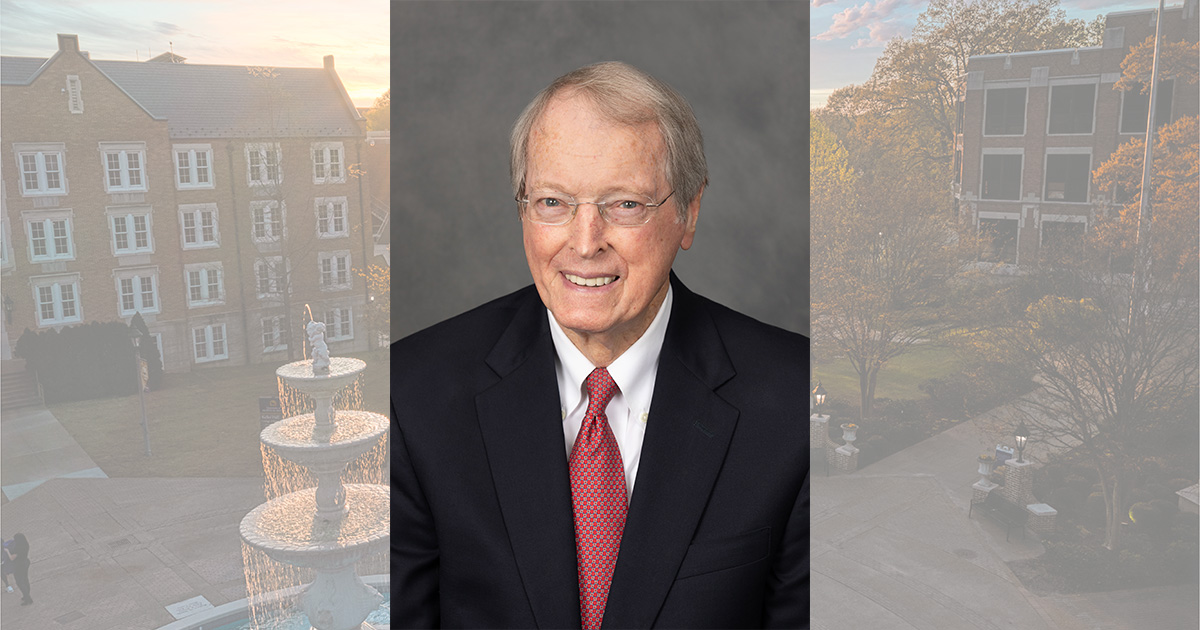 FLORENCE, AL – More than 300 students will graduate as part of the University of North Alabama’s summer commencement ceremonies set to take place Saturday in Norton Auditorium. Simpson Russell, a member of the UNA Board of Trustees and former president pro tempore, is set to provide the address for both ceremonies.

“Simpson has served on UNA’s Board for almost a decade, and, in that time, he has overseen tremendous growth in our enrollment and on our physical campus,” said UNA’s President Dr. Ken Kitts. “I have no doubt that his long and distinguished career, as well as his service on UNA’s governing body, will provide valuable insight to our graduates.”

Russell is a native of Jackson, Tenn., and is a retired bank chairman and chief executive officer who has promoted the best interests of the northwest Alabama area that he has called home for almost 40 years. Russell has also been active in community affairs and in serving as a vocal advocate for economic development projects. As chairman of the Shoals Economic Development Authority, he worked closely with the Retirement Systems of Alabama in the late 1990s and early 2000s to facilitate the development of the Marriott Shoals Hotel and Spa and of the two 18-hole Robert Trent Jones golf courses in the area. In 2013, Russell received his initial gubernatorial appointment to the UNA Board of Trustees.